Tapping out means giving up and surrendering to your opponent usually before they are about to inflict serious injury to you.
Tap Snap or Nap. The Choise is Yours…
ie. I broke your arm because you didn’t tap out so it snapped.
Have you ever heard the phrase ‘Tap, snap, or nap’?
Great Brazilian Jiu Jitsu Tap Snap or Nap T-shirt 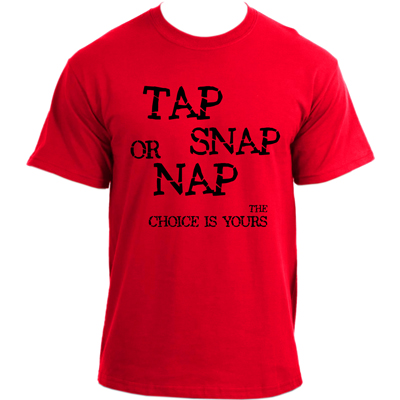