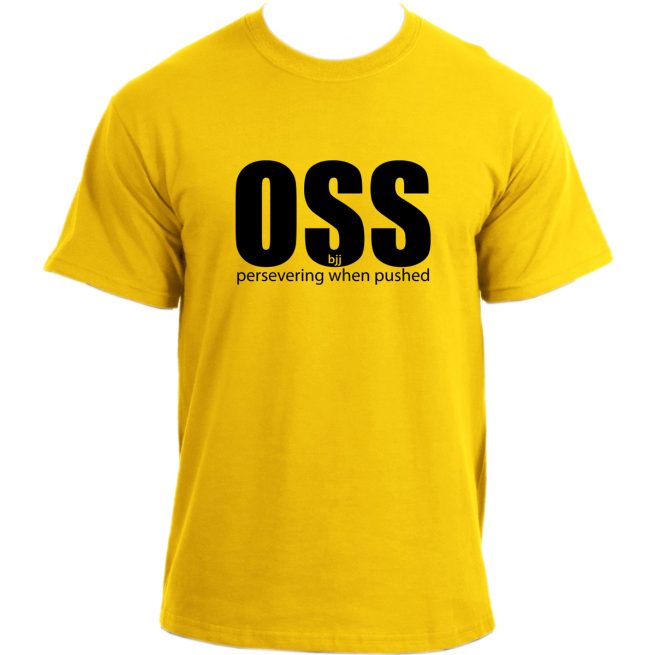 The famous “OSS” has many origins. The first definition of “OSS” as an abbreviation for Onegai Shimasu, which translates into a request, a solicitation, an invitation like “please”, “if you may” or “with your permission”, much used when inviting a partner to train.